The majority of people living in the USA are in the middle-class (52 percent), according to the Pew Research Center.

Homeownership, enough income to live comfortably, and steady work exemplify the term, “living the American Dream.” SmartAsset, a personal finance website, released a report about which states are the best for middle-class America, where households earn between $35,000 and $100,000.

The report studied the number of middle-class households in the states, as well as middle-class income tax rates, home costs, and median home values.

The American Dream is alive and well, as reported in the Midwest and West. Utah, South Dakota, Wyoming, and Idaho lead the pack as places to achieve middle-class lifestyles. Utah and South Dakota both had the highest number of middle-class residents of any states, at 49 percent.

The mission of USAFIS is to assist those who are applying for the Green Card Lottery. They want to help all immigrants and families who want to enjoy a better life in the United States. It is not an impossible goal.

Utah’s middle-class job growth is at 55 percent, and the median home value is $250,300. The state is recognized for the lowest income inequality of any U.S. state. The state is a hub for education, government services, transportation, information technology and research, mining, and a major tourist destination. Utah was found to be the “best state to live in the future,” according to a 2012 Gallup national survey. 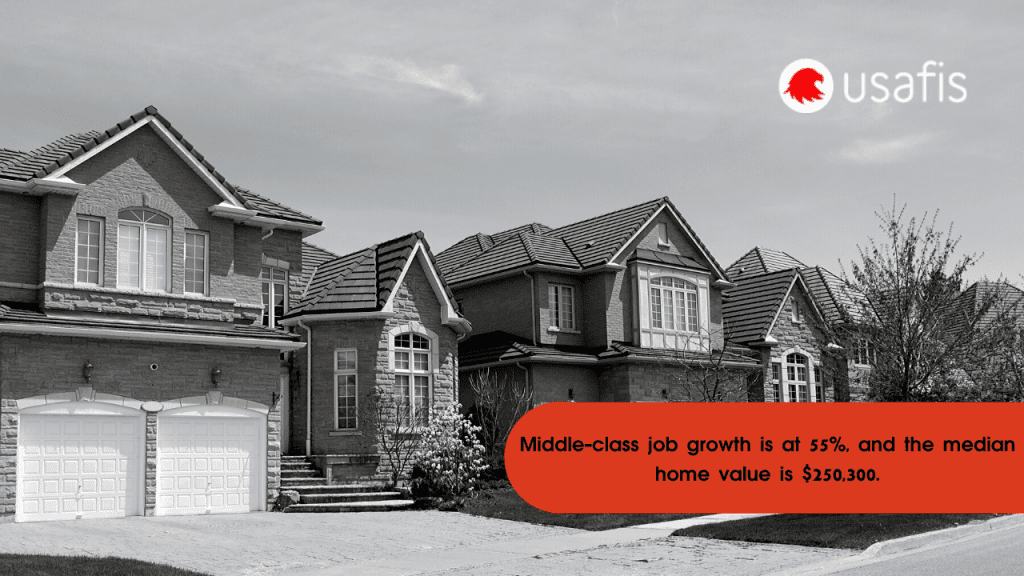